Breast cancer is the most common cancer in women in the UK, with over 45,000 people being diagnosed every year. No matter how common breast cancer is when you are diagnosed it is a complete shock and turns your world upside down. The treatment can be gruelling and many people plan a holiday during a break in treatment or at the end of treatment, however this can be problematic due to the difficulty in finding breast cancer travel insurance at an affordable premium.

You can discuss your breast cancer diagnosis and treatment with one of our trained medical screening advisers who offer confidential friendly advice about our policy, they will also explain to you all the important policy conditions before you purchase.

Bespoke cover for you

Our advisers specifically assess your condition using Protectif, which enables us to offer you an affordable tailor-made travel insurance for cancer, even if you have recently been diagnosed with breast cancer, had chemotherapy, radiotherapy or biological therapy or had surgery in the last few months including:

Insurancewith also support breast cancer charities The Haven, Pink Ladies and Fighting All Cancers Together (FACT) by donating £1 for every policy sold to one of our charities. The support of a charity can be invaluable when going through breast cancer, and in our small way we want to help these charities continue to carry on their valuable work. Get a free quote online, if you are unsure of your requirements or need advice please contact us or call 0333 999 2679 where a member of our team will be waiting to help.

You can choose from one of the following travel insurance policies, to suit your travelling needs;

Depending on your chosen policy, you can select from several optional extras in the checkout including;

“…the service I received over the phone was excellent and I didn’t feel that I was speaking to someone just reading a script.” 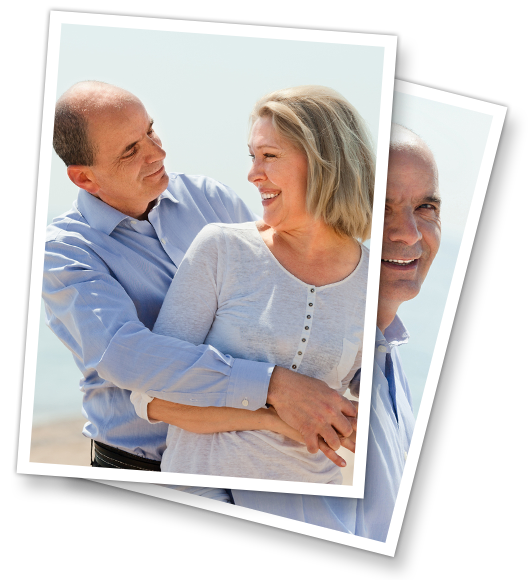 Our travel insurance for medical conditions policy is designed with the customer in mind, therefore the policy also has a 24 hour emergency assistance company, which is Doctor led. So should you need treatment whilst abroad they can:

Once you’ve had all your treatment for breast cancer, you may still find that you struggle to obtain travel insurance at a reasonable cost. Many travel insurance providers ask that you are at least 5 years or more into remission before they will even consider covering you.

At Insurancewith we are different you don’t need to be in remission before we will consider covering you we will offer cover at most stages of your treatment. And if you have recovered, and are in remission from breast cancer and have had no treatment in the last 2 years other than long term prescription medication, then we will cover you including cover for breast cancer at no additional premium.

Adenoid cystic carcinoma of the breast

Fewer than 1 in 100 breast cancers (1%) are adenoid cystic carcinomas, this is also known as or referred to as a cribriform cancer. This type of tumour tends to be slow growing.

Surgery is usually recommended to treat adenoid cystic breast cancers, and most women don’t need to have a mastectomy. The general surgery for this type of breast cancer is a lumpectomy. Adenoid cystic carcinoma of the breast rarely spreads elsewhere in the body, therefore the lymph nodes are not usually removed.Statistically the risk of this type of tumour coming back is low.

Angiosarcoma of the breast

Angiosarcoma is a type of breast sarcoma; a sarcoma is a cancer that develops from the structural, supporting tissues of the body, such as connective tissue, bone, blood vessel or nerve tissue. Less than 1 in 100 breast cancers are sarcomas. Angiosarcoma is also sometimes called haemangiosarcoma; it starts in the cells that line the blood or lymphatic vessels. These cancers are more common in women in their 30s and 40s who have not yet had their menopause. The lump is usually at least 4 cm in size, and the skin over it may turn a bluish colour. The causes are not known however one possible cause in older women is chronic lymphoedema , which can develop if lymph nodes have been removed during breast cancer treatment or following a mastectomy and previous radiotherapy to the area.

In inflammatory breast cancer, the cancer cells do not generally grow as a lump that can be felt in the breast. They grow along and block the tiny channels (lymph vessels) in the skin of the breast.

The body reacts to the cancer cells in the lymph vessels and the breast becomes inflamed and swollen (which is how the condition gets its name). Lymph vessels are part of the lymphatic system, which drain fluid from tissues and collect and filter out bacteria and any waste materials from the body’s cells.

Usually a combination of treatments is used for inflammatory breast cancer, and these may include:

Usually with breast cancer, surgery is the first treatment, however with inflammatory breast cancer; chemotherapy is given first, known as neo-adjuvant treatment.

There are two types of lobular breast cancer

The treatment for invasive lobular cancer is usually surgery possibly followed by radiotherapy chemotherapy, biological therapy or a combination of treatments.Hormone therapy after surgery is offered if the cancer cells are oestrogen receptor positive

A lumpectomy is when the surgeon just removes the cancerous lump and some breast tissue, the surgeon will just take away the cancer and a border of healthy tissue all around it, and they leave behind as much healthy breast tissue as possible. The tissue that is removed is sent to a pathologist for examination, the pathologist checks for cancer cells in the border around the lump. If that border does not contain cancer cells, the report will say there is a healthy margin or clear margin. It is very important to have clear margins with any surgery to remove a cancer, it means that there is a reasonable chance that all the cancer cells have been taken away, so the risk of the cancer coming back in the future is lower.

More surgery may be needed after a lumpectomy if there was no clear margin of tissue around the lump or area of cancer.

A lumpectomy is sometimes referred to as a wide local excision.

After any of these operations radiotherapy is generally prescribed to kill off any breast cancer cells that may have been left behind in the rest of the breast tissue.

Lymphoma of the breast

A mastectomy is the removal of the whole breast, and is the most suitable treatment if you have.

There are different types of mastectomy

Medullary breast cancer is a rare type of breast cancer, accounting for approximately 5% of all breast cancers. It is an invasive cancer which means it has the potential to spread to surrounding breast tissue and to other parts of the body. It is more common in women who inherit a faulty copy of the BRCA 1 gene.

This type of breast cancer is a mixture of two cell types. The cells have started out as one cell type, such as an adenocarcinoma, which is a type of cancer that starts in glandular tissue of the breast, and then some of them have changed into another type of breast cell.

Doctors treat metaplastic cell cancers in the same way as other breast cancers. For example surgery chemotherapy and radiotherapy however metaplastic breast tumours tend not to be sensitive to hormone therapy

In a papillary carcinoma, the breast cancer cells are in a pattern that looks a bit like the shape of a fern. Papillary tumours tend to affect older women, and can also be non cancerous (benign).

Papillary breast cancer is normally treated with. These cancers tend to be slow growing, and don’t usually affect the lymph glands.

Phyllodes is a type of breast sarcoma that can be either cancerous (malignant) or non cancerous (benign). If cancerous, they may spread into the lymph nodes, however this is rare. Phyllodes are usually treated with, radiotherapy. Chemotherapy is rarely used.

The aim of breast reconstruction is to match the remaining natural breast as closely as possible. This can either be done by using an implant, which is put under the skin and muscle that covers the chest, or by using skin, fat (and sometimes muscle) from another part of the body to create a breast shape. A combination of these techniques is sometimes used. The type of reconstruction used is dependent on:

As for most types of breast cancer, surgery will usually be the first treatment. This could be a mastectomy or a wide local excision, sometimes called breast conserving.

The treatments given in addition to surgery can include chemotherapy, hormone and targeted therapies. The aim of these treatments is to reduce the risk of the cancer coming back either in the same breast or developing a cancer in the opposite breast, or elsewhere in the body.

If you have a question you need answering, why not take a look at our most frequently asked questions.

If you still cannot find what you are looking for please do not hesitate to contact us where a member of the team will be waiting to help.

Our Customer Service Team are waiting for your call

Find Out More
Why Choose Us?