Greig goes Down Under

It’s been a while since we blogged about Greig returning home from his travels in North and South America, and after a well-deserved rest back home in the UK, Greig and his list of 101 Things To Do When You Survive headed Down Under to explore Australia. 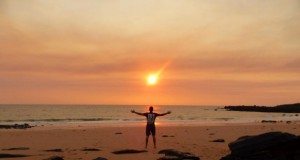 Upon arriving on the continent on the other side of the world, he was immediately whisked off onto an amazing camping trip with his friend Katherine, who he met at Raleigh International during his travels in America. With the sights of the beautifully raw, blissfully quiet and ancient Kimberley Coast just metres from his tent, Greig managed to relax and spend a few days in a slice of heaven, enjoying the natural beauty of the Oz’ coastline – something not many traveller’s tend to see in between a sweeping tour of Sydney and the Outback. Once back in Broome, he managed to add to his already extensive collection of World Sunset photos – Western Australia has one of the best sunsets Greig has seen so far. 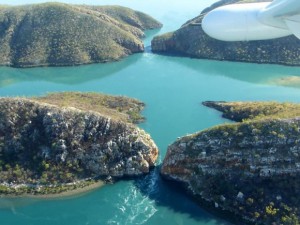 So despite being pretty jealous that Greig managed to relax in one of the most perfect places on Earth (from what we can see), he also got to ride a seaplane to Horizontal Falls, in Western Australia. A natural phenomenon on the coast, Horizontal Falls is an archipelago where massive turquoise tidal movements create a horizontal waterfall in between pieces of land – a place David Attenborough has even described as “one of the greatest natural wonders of the world”. 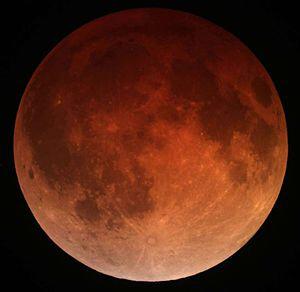 Appealing to his geeky, scientist side, Greig also spotted a dinosaur footprint at the beach in Broome, and even saw Staircase to the Moon – another breath-taking natural phenomenon where the full moon reflects off of the exposed mudflats and creates what looks like a staircase, to the moon. Hosted by another Greg, the night in Broome told the audience more about space and they even had really powerful telescopes which allowed you to see the craters on the moon!

As always, we look forward to hearing more and seeing more about Greig’s travels on his blog, Facebook and Twitter social media channels. Australia is one of the most visited places in the world, but not many people know to visit locations like Horizontal Falls and see the Staircase to the Moon whilst they’re there.