101 Things To Do When You Survive: Update on Greig’s travels

The story of Greig Trout’s journey around the world with the aim of helping those who are still or have experienced cancer, has already been the focus of two previous posts on the Insurancewith blog, and we’re proud to still be sponsoring Greig as he continues ticking off things on his list whilst inspiring so many others.  Our last 101 blog post left Greig following his check up in San Jose, Costa Rica, with the rest of South America ahead of him.
Fighting fit and keen to move on in his travels, we joined him following some tricky Spanish language classes in Antigua. Greig then trekked to the beautiful Lake Atitlan in Guatemala and watched the sunrise, having taken only three days to complete the climb carrying his own equipment, which is a great achievement. After Guatemala came Belize, where Greig posted a video on his website from a tropical island, which highlighted the body image issues that come with having cancer scars, reminding his video followers that have experienced cancer that the scars are just a mark of the journey you’ve been through. 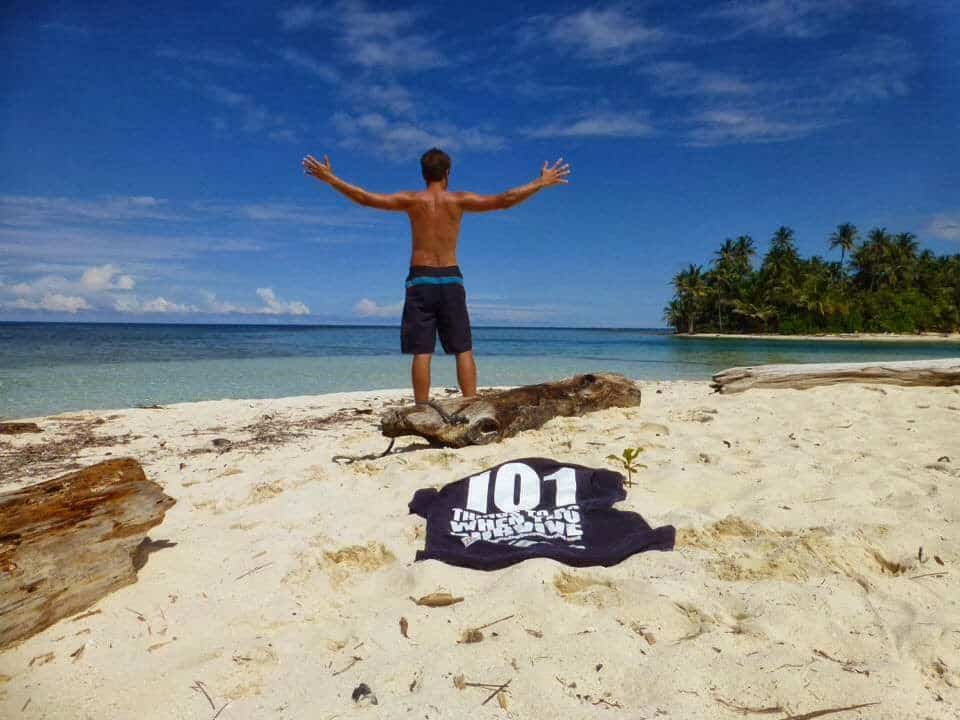 Greig posted a video from the Galapagos, the beautiful and unique islands that inspired Darwin’s theory of evolution, and he celebrated his birthday, what a great way to spend it! Along with swimming with the sea turtles and seeing incredible wildlife, Greig told fellow cancer fighters that he’s appreciated and lived every single minute to the full after his second all-clear, which became poignant after turning 34, especially after his bowel cancer diagnosis at 30 had him thinking about death.

In his most recent video, when those inspired by his journey, wanting to do something similar asked Greig how he got the money to do the wonderful things he’s doing, he kindly mentioned the Insurancewith sponsorship he was receiving, and how easy and affordable our cover was. Whilst getting insurance after a diagnosis can be difficult or expensive, we understand that survivors do reassess their lives post-cancer and want to live life to the full, in a variety of exciting ways, just as Greig is demonstrating. 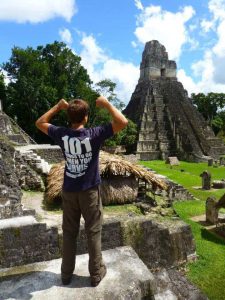 After standing on the equator in Ecuador, abseiling down a waterfall in Peru, and watching the sunrise at the end of an incredible cycling, trekking and zip-wiring Jungle Inca trail to the Machu Picchu mountains, Greig is now in Bolivia, where he’s enjoying some well deserved rest and relaxation after exploring the world for a few months.You can catch up with him on his Facebook page here or watch his video-blog on his website.