Most spectacular destinations to see in the New Year

Deciding where to spend the last hours of 2014 can be daunting, especially with so many great locations, parties and festivals to ring in 2015, so we’ve created a shortlist of our favourite places to ring in the New Year. 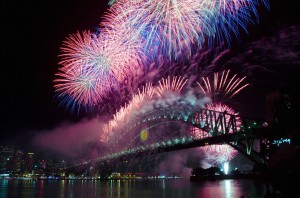 One of the first places to celebrate the start of 2015 is Sydney, sometimes dubbed ‘the New Year’s Eve capital of the world’. Over 1.5 million spectators head to the city to see the Harbour fireworks from waterside restaurants, venues or even on one of the many boats moored in the harbour for a front-seat view of the most spectacular fireworks display of the night. Head to Cockatoo Island for a moonlit picnic and a chance to see the event in a more cosy setting. 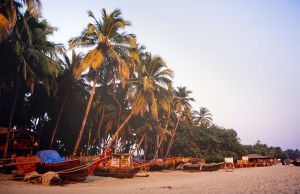 The famous beach parties held in Goa are a world away from the cosmopolitan celebrations of the cities around the world, but that doesn’t mean they’re any less memorable. Celebrate the New Year with sand between your toes, live music playing on a beach, fairy lights hung from the trees and make-shift cabanas and bars. Fireworks and celebrations happen along the coast of India, so even if you’re not in a place which is due to set off fireworks, the likelihood of seeing a couple of displays is likely. 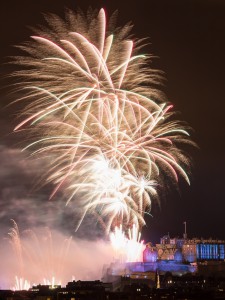 New Year’s Eve in Scotland marks Hogmanay, and what better time to be in the capital? Over 35,000 revellers carry Shetland Viking torches from Parliament Square to Calton Hill before fireworks and stunning pyrotechnics set the sky alight. The streets tend to be filled with people singing Auld Lang Syne once the clock strikes midnight – the biggest and loudest rendition of the traditional song in the world. For a classical experience, head to St Giles Cathedral for choral singing before watching the display.

For an alternative way of seeing in 2015, head to Berlin. New Year’s Eve doubles as a traditional annual pancake race, where runners dressed in fancy dress follow routes of either two, four, six, ten or fifteen kilometres throughout the city, flipping pancakes the entire way. To really get into the atmosphere, head to the iconic Brandenburg Gate, or go to Teutelsberg and Viktoriapark for great vantage points to see the city’s fireworks. 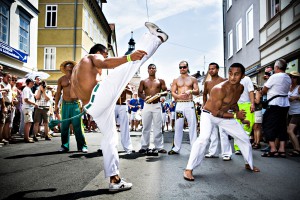 Known globally as the world’s party capital, New Year’s Eve in Brazil falls during the middle of summer, making Rio the ideal destination for those looking to get away to warmer climates. In fact, with so many people, the city tends to be too hot for celebrating the New Year in nightclubs and bars. Instead, people spill onto the streets and beach and celebrate for miles. Live music shows, dance troupes, Brazilian Samba and live rock music set the vibrant atmosphere for parties everywhere. If you are planning on heading to the capital for the end of 2014, make sure you dress in white – it’s customary to wear the colour on New Year’s Eve to bring in good luck for the next year.

Wherever you intend on spending your New Year’s in 2014, make sure you take out the right medical travel insurance policy for you. From everyone at Insurancewith, we wish you healthy and happy travelling in 2015.